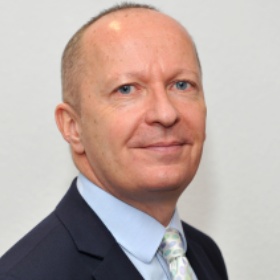 Glen began his NHS career in 1983 as a finance trainee, qualifying as a Chartered Public Finance Accountant in 1990. After reaching the position of Director of Finance for South Warwickshire Mental Health Services NHS Trust, he moved into an acute operational role when he became Director of Operations for the Surgical Division of University Hospitals Coventry and Warwickshire NHS Trust.

In 2003 he was appointed as Deputy Chief Executive to Worcestershire Acute Hospitals NHS Trust and joined South Warwickshire in 2006, initially as interim Chief Executive. Since his formal appointment in 2008 the Trust has developed its local and national reputation, moving through financial turnaround, achieving Foundation Trust status in 2010, in 2011 completing the successful acquisition of Warwickshire Community Services and gaining Outstanding ratings for quality and use of resources in late 2019.

Between 2015 and 2017 Glen was the National SRO for the Emergency Care Improvement Programme alongside his role in the Trust. The Foundation Group, the collaboration of South Warwickshire NHS Foundation Trust, Wye Valley NHS Trust and George Eliot NHS Trust was created in 2018. Glen is CEO of all Three Trusts as part of this Group model.