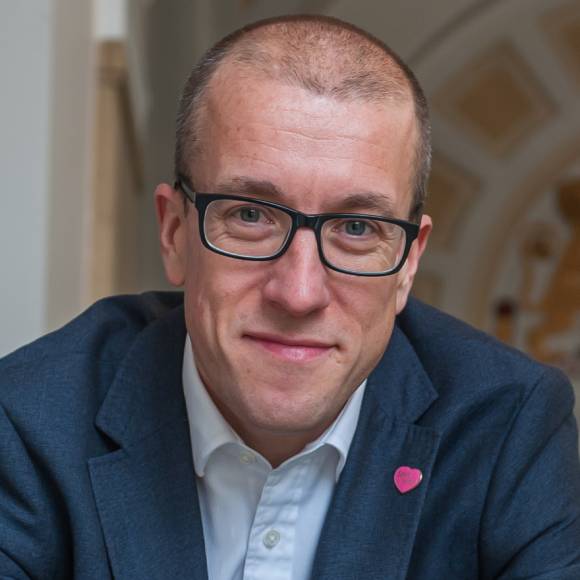 Tom Stannard is a UK local government professional and Chief Executive of Salford City Council. He supports the directly elected City Mayor, delivering local public services and improving the lives of Salford’s fast growing and diverse 260,000 population, leading an organisation of over 3,500 staff, with a net revenue budget of £220M and a capital investment programme of £115M p/a. Salford is a major driver of the growth of Greater Manchester, a key member of the Greater Manchester Combined Authority, and partner in the £8BN+ GMCA devolution programme. He is a nationally recognised specialist in local government, public service reform and delivering inclusive economic growth.

Tom’s professional background is in regeneration, economic development and skills. From 2018-21 he was Wakefield Council’s Corporate Director of Regeneration and Economic Growth, a key member of the West Yorkshire Combined Authority in one of the fastest growing economies within the Leeds City Region, the UK’s biggest economic area outside London. His previous career roles include Director of Economy and Skills at Oldham Council in Greater Manchester, Deputy Chief Executive of the UK Learning and Work Institute, and senior leadership in high performing Councils across the UK - Blackburn with Darwen (Lancashire), the London Borough of Hounslow, and the Royal Borough of Kensington and Chelsea.

He has extensive professional experience in political environments, supporting elected Members and politicians of all parties successfully at local, regional and national levels.

Tom is a Chartered Surveyor, a Member and Board Director of the UK Institute of Economic Development (MIED), and a Commissioner on the Living Wage Foundation for the UK. For a number of years, he has been a member, policy lead and spokesperson for SOLACE (Society of Local Authority Chief Executives), currently on infrastructure and planning.